2021 will come to an end in just 21 days and the global financial markets will experience a landmark development: most settings of the London Interbank Offered Rate (LIBOR), the markets’ most important benchmark, will cease to be published and become history.  Banks will also stop issuing new LIBOR contracts from 1 January 2022.  Since LIBOR has been used extensively in a wide variety of financial contracts for many years, financial regulators and market participants around the world have been actively preparing for its cessation for some time.  I have had the privilege of participating in these international efforts to facilitate the transition away from LIBOR, leading a technical team under the Financial Stability Board to monitor transition-related developments, publish regular reports and make recommendations to ensure a smooth transition.

Locally, the Hong Kong Monetary Authority (HKMA) started engaging the banks more than two years ago to get them prepared for the end of LIBOR.  We have maintained regular dialogue with the industry and closely monitored the progress of the banks’ preparations.  I hosted a media briefing in mid-November on our supervisory work and the banking sector’s progress.  Overall, this has gone well and the banks have already dealt with the vast majority of their LIBOR contracts that need to be re-negotiated.  The number of contracts requiring re-negotiation fell by about 90% from a peak of around 89,500 at the end of September 2020 to 8,800 a year later.  Twelve percent or 1,050 of these contracts referenced LIBOR settings that will cease after 2021 and hence need to be remediated before the close of this year.  I am pleased to note that the banks have made further progress since the media briefing: the number of contracts requiring remediation before year-end stood at just 330 at the end of October.

A smooth transition away from LIBOR by the Hong Kong financial markets requires not only adequate preparation by the banks but also cooperation from their customers, particularly corporate customers.  For various reasons, non-financial institutions made relatively slow progress in preparing for LIBOR transition early on, but momentum has picked up recently.  A significant number of corporates have conducted transactions using the alternative reference rates - or ARR - to LIBOR in recent months.  To better understand the corporate sector’s progress in transitioning away from LIBOR and the challenges companies face, I met representatives from different business sectors at the end of last month.  They include Mr John Ng, Chief Financial Officer of Lee Kum Kee Health Products Group, Mr Tao Zhong, Deputy General Manager of Finance Department of China Merchants Group, Mr Andrew Fung, Chief Financial Officer of Henderson Land Development, and Mr Scott Engle, Group Treasurer of AIA.

Mr Ng noted that Lee Kum Kee Health Products Group had operations in the UK as well as in Hong Kong.  It thus had assets and funding denominated in Sterling, and GBP LIBOR was used in some of these contracts.  His company was alerted by the banks some two years ago about the need to transition these GBP LIBOR contracts to ARR.  Recently, the banks had been more proactive in providing advice and information, including a leaflet jointly developed by the HKMA and the Treasury Markets Association (TMA), and had clearly explained how to calculate interest using ARR and the credit adjustment spread.  With support from the banks, his company had largely finished preparation for the transition, and had recently carried out two transactions referencing Sterling Overnight Index Average (SONIA, the ARR to GBP LIBOR).  His company was confident that it would be able to use ARR to replace LIBOR in seeking foreign currency financing after 2021.

Mr Zhong of China Merchants Group said that some of his company’s financing referenced USD LIBOR.  While the relevant LIBOR settings would continue to be published until mid-2023, the company had proactively worked on migrating these borrowings to Secured Overnight Financing Rate (SOFR, the ARR to USD LIBOR), for example by understanding the ARR’s different calculation conventions and credit adjustment spread and their implications for the company’s financial position.  The banks had also stepped up their support recently.  Mr Zhong suggested that if a bank’s customers still had outstanding USD LIBOR contracts or were likely to have financing needs early next year, the bank should approach the customers early to help them make suitable and timely transition arrangements.

Mr Fung of Henderson Land Development, an experienced banker himself, shared that his company had prepared for LIBOR’s cessation and taken out a short-term US dollar loan referencing SOFR in recent months as a pilot test.  During the process, his colleagues at the Finance Department needed to understand in detail how to calculate interest and carry out transactions using the ARR, requiring some work flows to be modified.  Mr Fung observed that calculating interest using ARR was more complicated than using LIBOR.  While large corporates could afford to purchase software for this, small and medium-sized enterprises (SMEs) might not have the necessary resources.  He recommended that the TMA or the HKMA should provide SMEs with standardised utility tools to calculate interest using ARR to help them transition away from LIBOR.

With regard to the insurance sector, Mr Engle pointed out that most of AIA’s asset holdings were fixed-rate bonds, which would not be affected by the move away from LIBOR.  However, because his firm had entered into LIBOR-linked derivatives contracts for hedging purposes, it also needed to prepare and had already completed some ARR transactions.  On the liability side, AIA had some syndicated credit facilities that referenced USD LIBOR.  Although the relevant LIBOR settings would continue to be published until mid-2023, AIA had been in touch with the banks about migrating these facilities to SOFR in due course.  Since these facilities had been granted to AIA jointly by a number of banks, Mr Engle saw a need to further standardise the documentation for ARR loans to simplify the migration process for bank customers.  Mr Engle appreciated that this would take time, and that loan documentation would gravitate towards a commonly used industry standard more quickly when ARR lending became more prevalent in the financial markets.

I came away from the meeting with a sense that corporates generally recognise the need to transition away from LIBOR and have made preparations.  The HKMA will continue to monitor market developments closely and follow up on the valuable recommendations made by the representatives from the corporate sector, whom I would like to thank for taking the time to discuss this important subject. 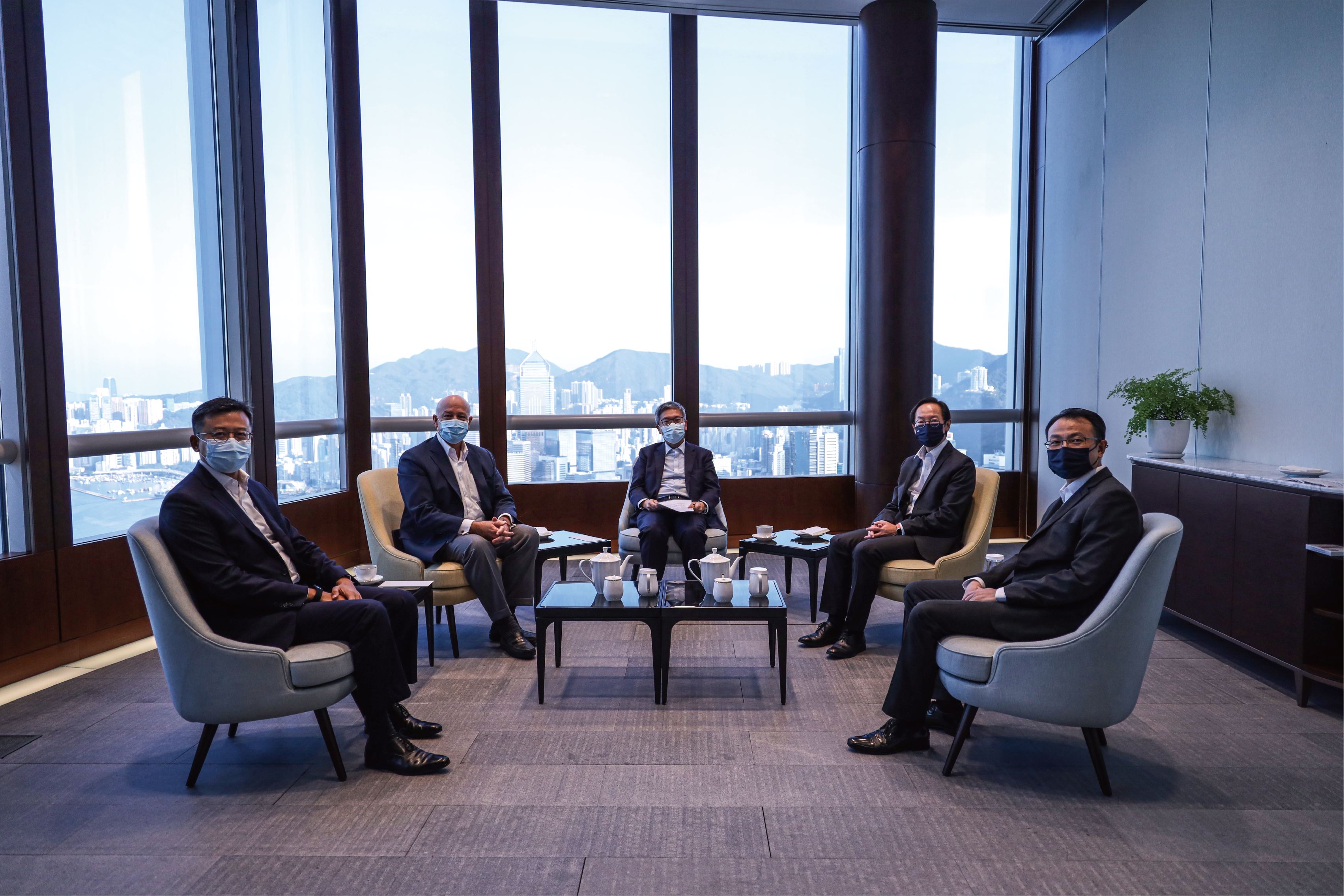