From piggy bank to financial inclusion

From piggy bank to financial inclusion

Several years ago, purely by chance, I walked past an old shop in Sheung Wan. Outside the shop, a line of traditional plastic piggy banks livened up an otherwise uninteresting street, attracting passers-by to pause and admire them. Recently, I was told by some colleagues that the piggy banks were no longer available and had been out of production for some years. Although the shop had some modern alternatives, customers were only interested in the traditional piggy banks that were first produced in the 1960s. Indeed, some customers who had missed out left their contact details with the shop owner in the faint hope of the traditional ones being revived.

These plastic piggy banks were very popular in the 60s and, in a time of need, they served as toys as well as money boxes for children. I still remember in those days piggy banks in many different shapes and sizes were being offered by the banks to encourage children to open bank accounts. My first plastic piggy bank was in the shape of the former HongkongBank headquarters. Subsequently, another bank introduced a faux-bronze rhino piggy bank. I liked it so much that I opened another bank account just to get this “rhino”.

One of the features of these old style piggy banks was that, when they were full, they could not be opened by the children themselves. The children had to bring them to the banks and ask the staff to break open the plastic seal. The bank staff would count the coins collected and deposit the amount into the children’s accounts. Today, banks also offer children’s savings accounts. However, I cannot imagine children nowadays going to the bank with their piggy banks and asking staff to help count and deposit their money as I had done in the past. (Note: ever since banks began charging customers for depositing and exchanging coins in bulk, many people have turned to the HKMA’s coin carts.) 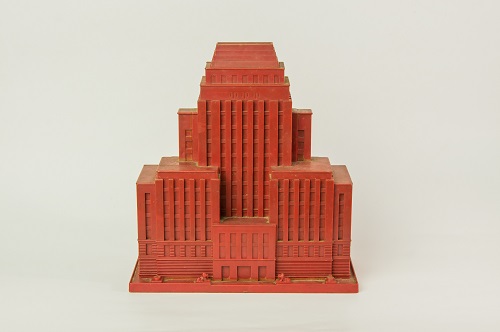 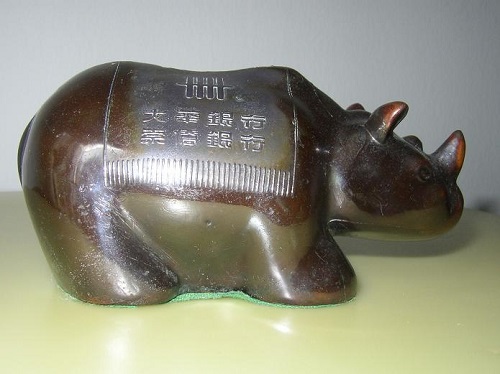 In the past, banks offered piggy banks largely for promotional purposes and as part of their efforts in meeting their social responsibility to encourage children to save. In addition to evoking my childhood memories, it seems that piggy banks also echo the HKMA’s current endeavours in promoting financial inclusion in Hong Kong.

When previously raising the subject of financial inclusion, I have focused more on the issue of bank branch networks. In fact, the concept of financial inclusion covers much more including, among other issues, the ease and convenience of individuals and businesses in the account opening process, and whether underprivileged customers receive fair and reasonable treatment when using banking services.

Since the global financial crisis in 2008, the international community has worked through the G20, the Financial Stability Board, the Basel Committee on Banking Supervision and other international bodies, to strengthen the banking supervision framework and standards. It has also made strenuous efforts to combat money laundering and terrorist financing. Some multinational banks were sanctioned and heavily fined by relevant regulators.

Perhaps for these reasons, the local subsidiaries and branches of some international banks have tended to become overly cautious. Many people have complained recently about how difficult opening an account can be, with some being asked cumbersome questions and having to submit hard-to-trace old documents as part of the banks’ customer due diligence.

In an international metropolis and financial centre like Hong Kong, banking services are as much a part of daily life as the basic necessities of food, clothing, housing and transport. I hope that while following the compliance policy of their headquarters, banks will take into account the local circumstances and regulatory requirements to help ensure the needs of the general public for opening accounts and other basic banking services can be met, and fulfil the banks’ social responsibility under the umbrella of financial inclusion.