The Financial Secretary, Mr John C Tsang, said “The renewal of the currency swap agreement and the expansion of its size will allow more flexibility for the development of renminbi business in Hong Kong.  It is also conducive to the strengthening of Hong Kong’s status as an offshore renminbi business centre.”

When signing the currency swap agreement, the Chief Executive of the HKMA, Mr Norman Chan, said “With the strong support from the Central Government and the Mainland authorities, the development of renminbi business in Hong Kong has made very encouraging progress over the past year.  The renewal and expansion of the currency swap agreement between the HKMA and the PBoC is crucial in helping us to provide liquidity, when necessary, to maintain the stability of the offshore renminbi market in Hong Kong.” 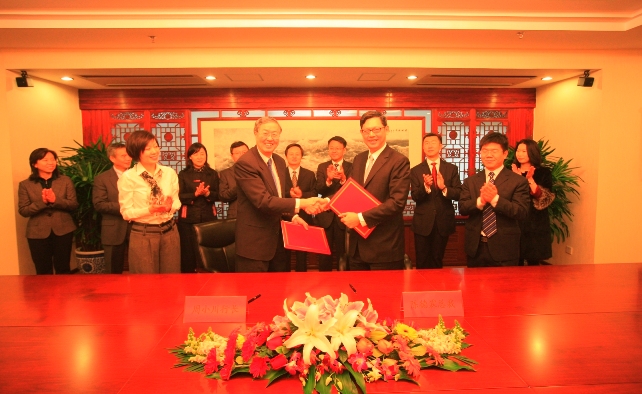 Photo caption: Zhou Xiaochuan, Governor of the People's Bank of China (left) and Norman Chan, Chief Executive of the Hong Kong Monetary Authority (right) sign a renewed currency swap agreement for a term of another three years, with its size expanded to RMB400 billion / HK$490 billion.