Mr Eddie Yue said, “Hong Kong has embraced a new era for smart banking, but to prepare for the next era, there is a need to continuously enhance the ecosystem and empower the people in it. The fintech initiatives announced today are examples of the HKMA’s focus on applying technology to achieve better banking and drive financial inclusion.” 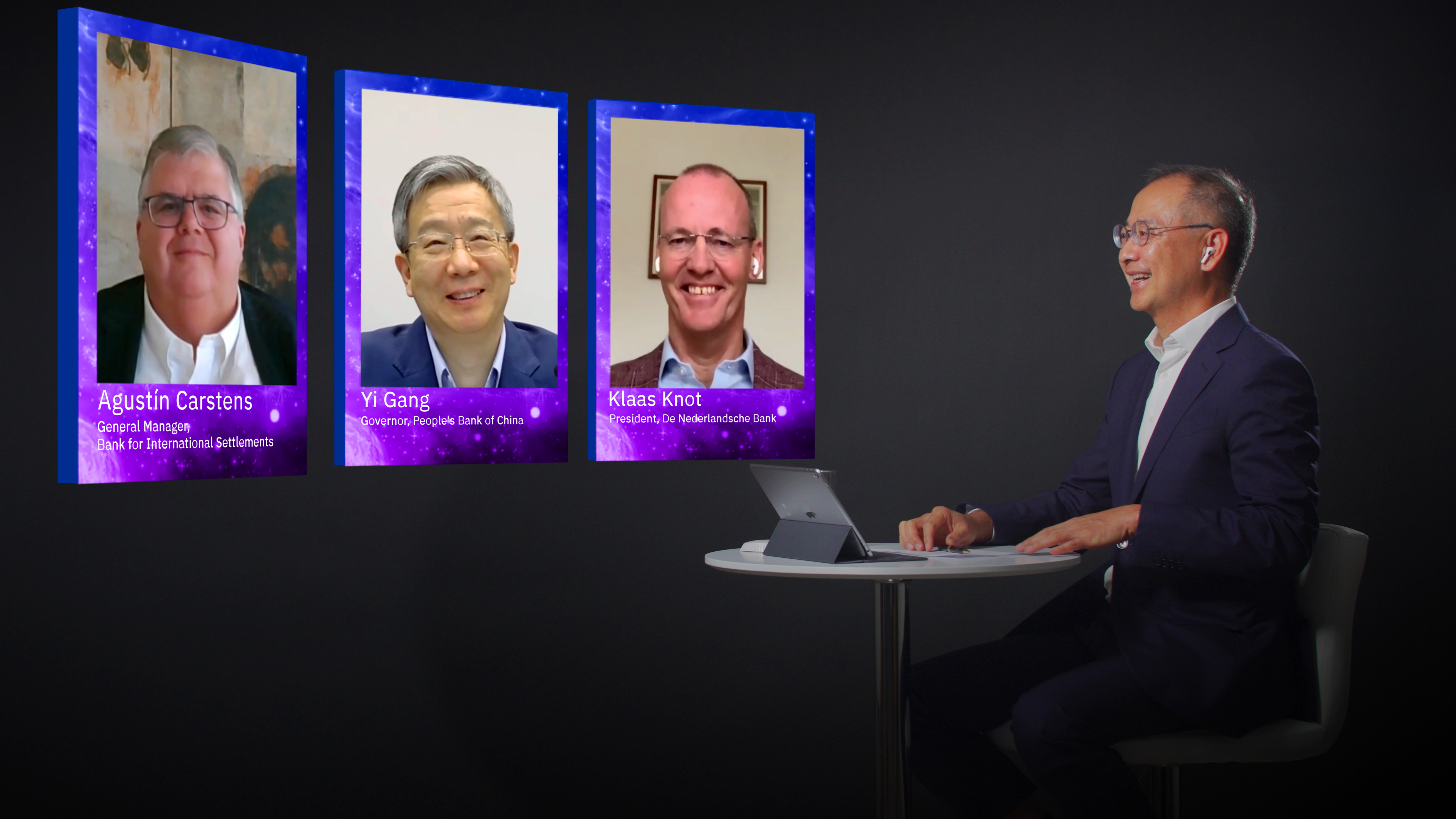 Mr Agustín Carstens, General Manager of the Bank for International Settlements (first from left); Mr Yi Gang, Governor of the People’s Bank of China (second from left); and Mr Klaas Knot, President of De Nederlandsche Bank and Vice Chair of the Financial Stability Board (second from right); share their views on the role of central banks in harnessing the benefits and managing the risks of the digital economy in a virtual panel discussion moderated by Mr Eddie Yue. Click here to watch the video.

1The cross-border corridor network prototype was developed in Phase 1 of the study. It allows participating banks in Hong Kong and Thailand to conduct funds transfers and foreign exchange (FX) transactions between the two jurisdictions on a peer-to-peer basis.