The launch of eTradeConnect and the Collaboration with we.trade

The launch of eTradeConnect and the Collaboration with we.trade

The commercialisation of the trade finance project was first announced in Oct 2017 arising from the fruitful results of an earlier proof-of-concept (PoC) trial facilitated by the HKMA. The project was initially led by seven major banks1  and later joined by five additional banks2, adding up to a consortium of twelve member banks. eTradeConnect is the first large-scale multi-bank blockchain project in Hong Kong.

In order to facilitate cross-border trades, the HKMA has been proactively looking for opportunities to connect eTradeConnect with trade platforms in other regions. Today, the HKMA witnessed the signing of a Memorandum of Understanding between the operators3  of eTradeConnect and the we.trade4  to conduct a POC on connecting the two platforms.

Howard Lee, Deputy Chief Executive of the HKMA, said, “It is a remarkable moment to witness the birth of the first blockchain-based trade finance platform built by key industry players in Hong Kong. It demonstrates the willingness of the financial industry to adopt new technology in the new era of smart banking. Our next key milestone is to link eTradeConnect with platforms from other regions in order to enable cross-border trade financing. The connection between eTradeConnect and we.trade platform paves the way for the digitalisation of cross-border trades in the Asia and Europe trade corridor, and will serve as a good reference for the future connection of eTradeConnect to other trade finance platforms.”

Roberto Mancone, Chief Operating Officer of we.trade, echoed this sentiment, “we.trade is delighted to partner with eTradeConnect, a platform facilitated by the HKMA. Our co-operation confirms our roadmap and as the first step of developing “network of networks” in blockchain based trade finance solution. This exciting collaboration has the potential to unlock trade finance barriers for between Europe and Asia and through interoperability create an ecosystem that combines all the different stages of trade.” 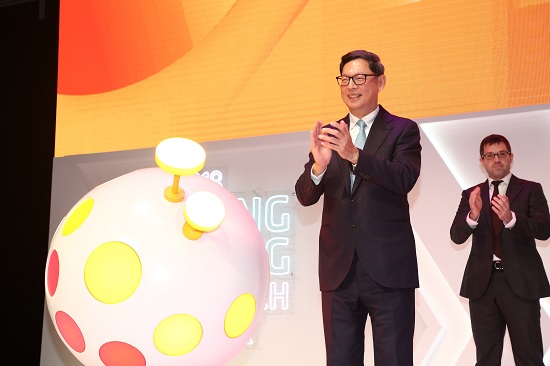 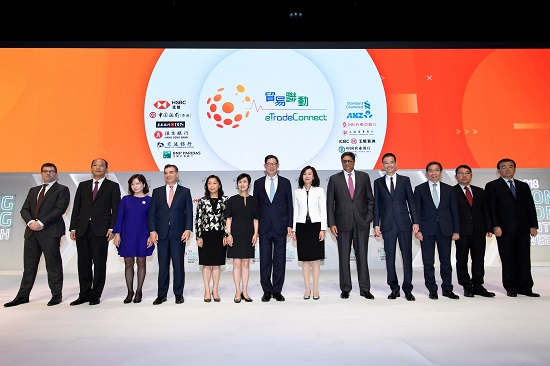 Mr Norman Chan, Chief Executive of the Hong Kong Monetary Authority and senior executives of 12 banks at the launching ceremony of eTradeConnect. 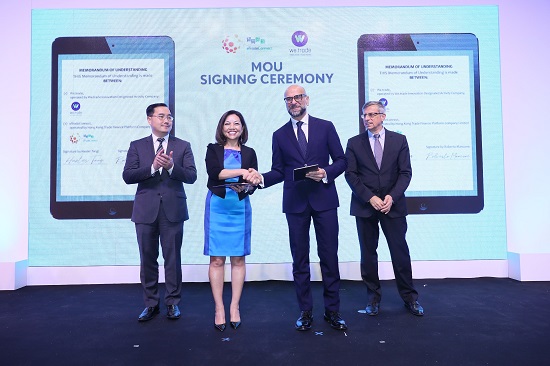 3 we.trade was established by nine banks in Europe to address the expectations of their customers to make cross-border trade more straightforward. At present, we.trade is available across fourteen European countries.

4 The operator of eTradeConnect is Hong Kong Trade Finance Platform Company Limited; whereas the operator of we.trade is we.trade Innovation Designated Activity Company.