The Boao Forum for Asia (BFA) and the Hong Kong Monetary Authority (HKMA) co-organise the Financial Cooperation Conference today (Tuesday) in Hong Kong. The theme of the Conference is “Stimulating Growth in the Real Economy: the Role of Finance”.  The Chief Executive Mr C Y LEUNG and the Financial Secretary Mr John C TSANG addressed the launch ceremony and luncheon respectively.  The five sessions of the Conference were devoted to economic and financial issues of wide concern, including monetary policy and economic growth, cross-border capital flows, infrastructure and its financing, and Asian financial cooperation, etc.  Participants shared their valuable views and advice at the sessions.

In his speech delivered at the luncheon of the Conference, Mr John C TSANG said that Asia, and in particular China, will continue to be the main engine of growth for the world economy in the 21st century.  With its enviable location at the heart of Asia and its extensive economic and cultural connections, Hong Kong can play a unique role directing capital between Asia and the rest of the world, and further profit from Asia’s continued ascendancy.

In his welcoming remarks, Mr ZHOU Wenzhong, Secretary General of the BFA, said, “Financial cooperation is a major key and entry point for promoting the integration of Asian economies.  Since the outbreak of the sub-prime crisis in 2007, a strong thrust for global growth has been lacking.  Themed on financial cooperation, the Conference in Hong Kong seeks to bring forth innovative solutions through brainstorming among regulators, finance community and real economy actors, with a view to enhancing the role of finance in the development of the real economy.  Various topics, such as how to avert liquidity traps with the deployment of monetary policies, how emerging economies can deal with the impact of capital flows, and how finance may serve the needs of infrastructure, will be considered.  Besides, with the UK’s vote on leaving the European Union, attention now also focuses on the path ahead for Asian financial cooperation.”

Mr Norman TL CHAN, Chief Executive of the HKMA, said, “It is our privilege to co-organise this large-scale Conference with the BFA.  It marks the first major public event following the formal launch of the HKMA’s Infrastructure Financing Facilitation Office.  In bringing together senior representations of financial institutions and multilateral organisations from around the world, the Conference provides an exciting chance to explore the development prospects of infrastructure investment and financing from both policy and business perspectives.  This will help foster a greater understanding and interest of various stakeholders in the infrastructure investment and financing opportunities under the Belt and Road initiative.” 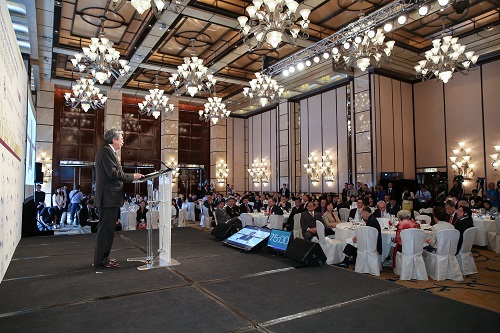 Some 250 participants attend the Financial Cooperation Conference co-organised by the Boao Forum for Asia and the Hong Kong Monetary Authority in Hong Kong today. 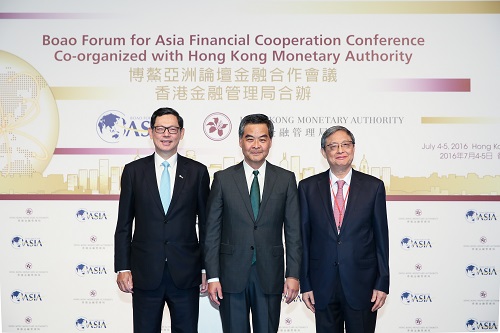 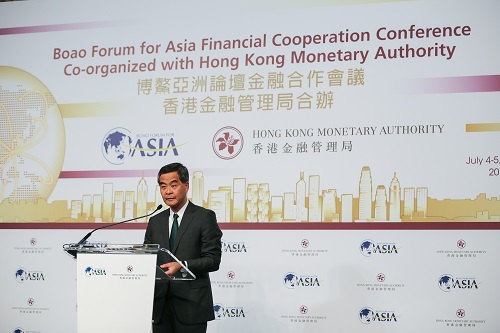 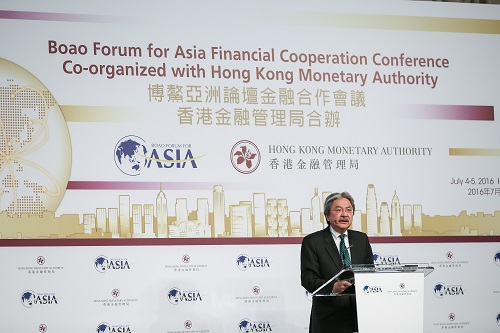 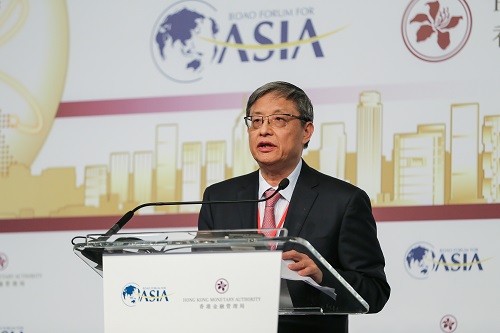