The FPS will go into full production on 30 September 2018 when banks and stored value facility (SVF) operators participating in the FPS will start to introduce services enabling their customers to make and receive real-time payments through the FPS.

Mr Paul Chan, the Financial Secretary said, “ I am pleased to witness the start of a new era for Hong Kong’s retail payment system. The launch of the FPS marks a key step forward in developing Hong Kong into a smart international financial centre.”

Mr Norman Chan, Chief Executive of the HKMA, said, “Since we announced the launch of the FPS on 17 September and started accepting the public to register as a payee, we have recorded over 450 thousand of registrations so far. After the full launch of the FPS on 30 September, Hong Kong will enter a new era of electronic payment as the FPS is a unique retail payment system in the world. We can enjoy an instant payment service which is round-the-clock, simple and convenient to use, robust and secure, with full connectivity while supporting both the Hong Kong dollar and the renminbi. It is also free of charge for small-value fund transfer.”  Mr. Chan added that the mobile application (namely, HKQR) for the Hong Kong Common QR Code, launched on 17 September, is the first in the world that can convert several QR codes into a single one. It would facilitate wider adoption of QR code payment in Hong Kong.

The FPS is one of the seven initiatives announced by the HKMA in September 2017 for preparing Hong Kong to move into a new era of Smart Banking. The FPS operates on a round-the-clock basis and connects banks and SVF operators on the same platform. It enables the public to make instant transfer of funds anytime, anywhere, across different banks or SVFs with the use of mobile number or email address of the payee. The FPS was launched on 17 September 2018 when the public can start to make use of the mobile application of participating banks and SVFs to register their mobile phone number or email address with the FPS as an account proxy for receiving funds.

The public may contact their banks or SVF operators for more details of the FPS service as well as the HKQR. More information of the FPS and the HKQR can be found in the website www.hkma.gov.hk/fps. 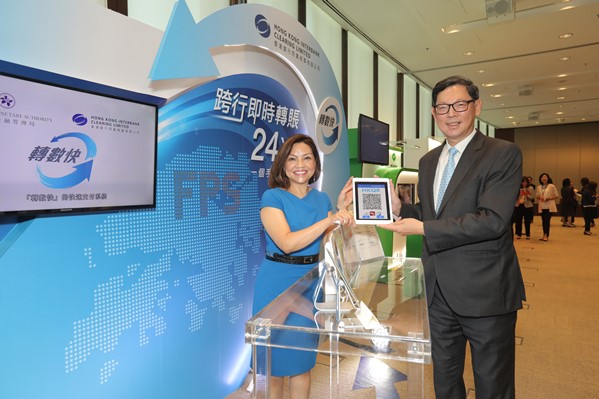 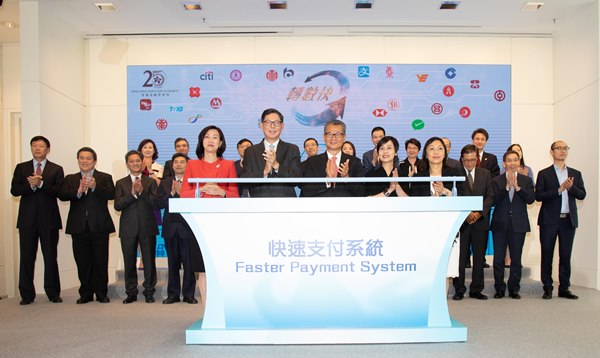