In his keynote address to the Summit, Mr Norman Chan, Chief Executive of the HKMA, shared his view that crypto-assets would unlikely become an alternative form of money in the future.  He explained why such crypto-assets lack “moneyness” while presenting various challenges to supervisors, policy makers and law enforcement agents.  Mr Chan said that industry practitioners, regulators and policy makers, while embracing new technology and innovation, must also guard against the risk of overlooking the nature of the financial transactions and the risks that are inherent in these transactions under the pretext of technological advancement.  In his address, Mr Chan also pointed out that overseers of payment systems should take proactive steps to ensure that large value as well as small value retail payment systems, making use of commercial bank or central bank balances, are efficient, convenient and at low cost to the users.  In this connection, he referred to the launch of the Faster Payment System which will provide instantaneous and free P2P payments, making use of either mobile phone number or email address.

The Summit was attended by over 300 local and overseas participants, including representatives from regulatory authorities, Government officials, treasury market practitioners, asset managers as well as senior executives and professionals from banks, other financial institutions and corporates. 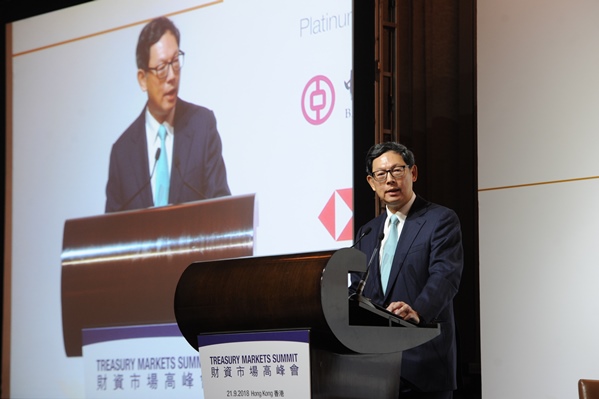 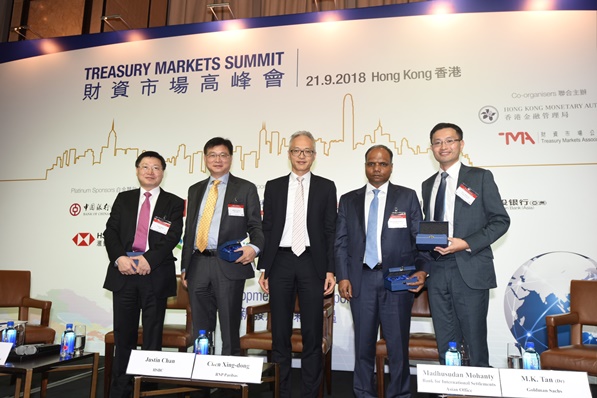