The composite interest rate, which is a measure of the average cost of funds of banks, was unchanged at 0.37% at the end of February 2014, same as its level at the end of January 2014 (see Chart 1 in the Annex). Both the weighted funding cost for deposits and interbank funds remained steady during the month (see Chart 2 in the Annex). 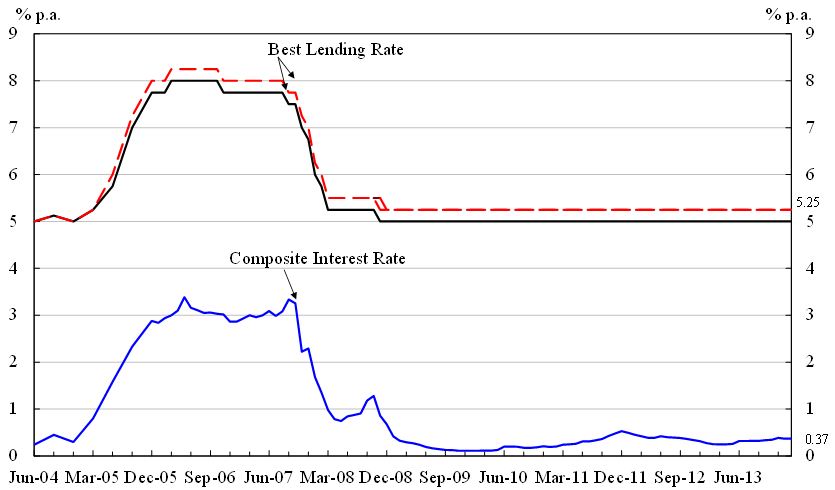 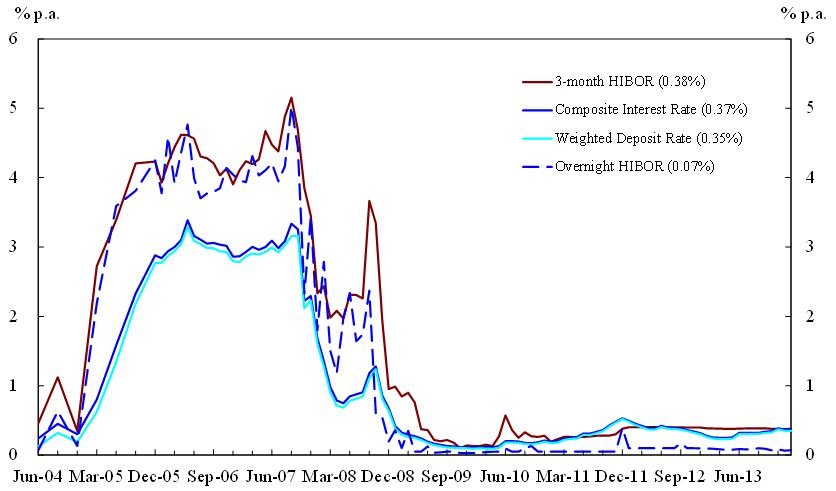