The Seminar on Financial Infrastructure jointly organised by the People's Bank of China (PBoC) and the Hong Kong Monetary Authority (HKMA) was held in Beijing on 6 June. The Seminar aims at sharing experience of the financial infrastructures on the Mainland and in Hong Kong, and further reinforcing co-operation between the two places in respect of the development of financial infrastructure. Mr Zhou Xiaochuan, Governor of the PBoC and Mr Joseph Yam, Chief Executive of the HKMA delivered speeches at the Seminar. The Seminar was attended by over 300 participants, including senior officials and department heads of the China Banking Regulatory Commission, the China Insurance Regulatory Commission, the China Securities Regulatory Commission, the State Administration of Foreign Exchange, the National Council for Social Security Fund, and various financial institutions.

Joseph Yam said at the Seminar that Hong Kong had been devoting a great deal of effort to developing financial infrastructure, and had a multi-dimensional and multi-currency payment, settlement and custodian system which met the world's most advanced standards. The system provided safe, robust, efficient and comprehensive settlement services. The platform had gradually become a hub for processing cross-border fund transfers in the region. He hoped that Hong Kong's financial infrastructure could contribute to the Mainland's financial market reform, in particular its reform of the foreign exchange market.

The PBoC and the HKMA will hold another Seminar in Shanghai on 7 June, offering an opportunity for market participants in Shanghai to exchange views on the subject. 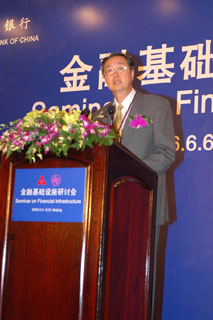 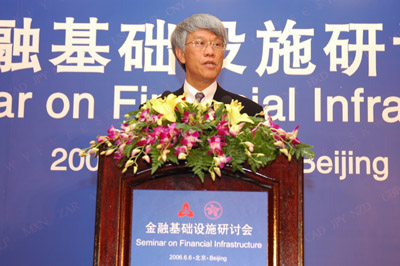 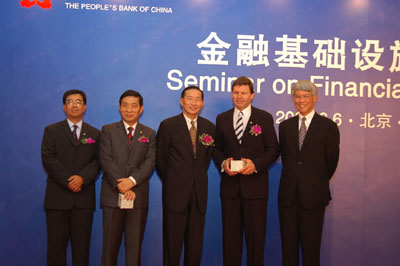